Correspondence of Weltsch as editor of Juedische Rundschau and Juedische Welt-Rundschau; correspondence on Zionist affairs, in particular on the 1929 Arab uprising in Palestine and its repercussions

Personal papers of Robert Weltsch and other family members, including his diaries and notebooks from various periods, and of his father, Theodor Weltsch, from the 1870s; manuscripts and other material on Jewish life in Prague

Speeches, reports, essays, and journalistic dispatches by Weltsch on Zionism, Jewish-Arab and Jewish-German relations, displaced persons in post-World War II Europe, the Nuremberg war crimes trials, and the founding of the State of Israel; clippings of articles by Weltsch

Clippings and manuscripts by others on Zionism and Jewish affairs, including a report by Hans Kohn on Zionist activities among former POWs in Siberia in 1919, and a 1915 speech by Moshe Smilansky

Records of the "Komitee fuer den Osten" concerning the situation of East European Jewry at the end of World War I, including memoranda by Max Bodenheimer and Franz Oppenheimer; records of the "Verband Juedischer Studentenvereine in Deutschland" from the 1920s and of the Jewish student fraternity Bar Kochba, Prague, including reports, minutes, membership lists, and correspondence of its Israeli alumni association; correspondence and minutes of Brith Shalom, an organization which favored Arab-Jewish cooperation and a bi-national state, and Ha-Poel Ha-Zair, a Zionist labor party; correspondence of the "Zionistische Vereinigung fuer Deutschland" and of Aliyah Hadasha, a German-Jewish party in the Yishuv

Papers of Solomon Adler-Rudel, including records of the "Arbeiterfuersorgeamt der juedischen Organisationen Deutschlands" and of Poalei Zion, relating to East European Jewish workers in Germany, their working and living conditions and political activities; correspondence and other material on the Evian Conference and on emigration from Nazi Germany in the 1930s and from German-occupied Europe during World War II, including reports of the Movement for the Care of Children from Germany; research notes and manuscripts by Adler Rudel for his biography of Baron Maurice de Hirsch

Manuscript: "Max Brod and his Age". 1969; English, 37 p.; typed, xeroxed. Lecture on the development of Jewish consciousness in a western, educated, assimilated man

The following individuals are mentioned in this collection:

Born in Prague on June 20, 1891, Robert Weltsch was active as a student in Zionist youth groups. After World War I he moved to Berlin, where he edited the German Zionist newspaper Juedische Rundschau from 1919 to 1938. In 1939 he emigrated to Palestine where he edited the Juedische Welt-Rundschau, 1939-1940. In 1945, Weltsch moved to London, where he was correspondent of the daily Ha-aretz, one of the founders of the Leo Baeck Institute, and editor of its Yearbook, 1956-1971. He returned to Israel in 1978 and died in Jerusalem on December 22, 1982

Film/Fiche is presented as originally captured. 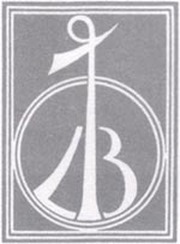 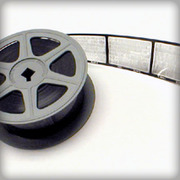